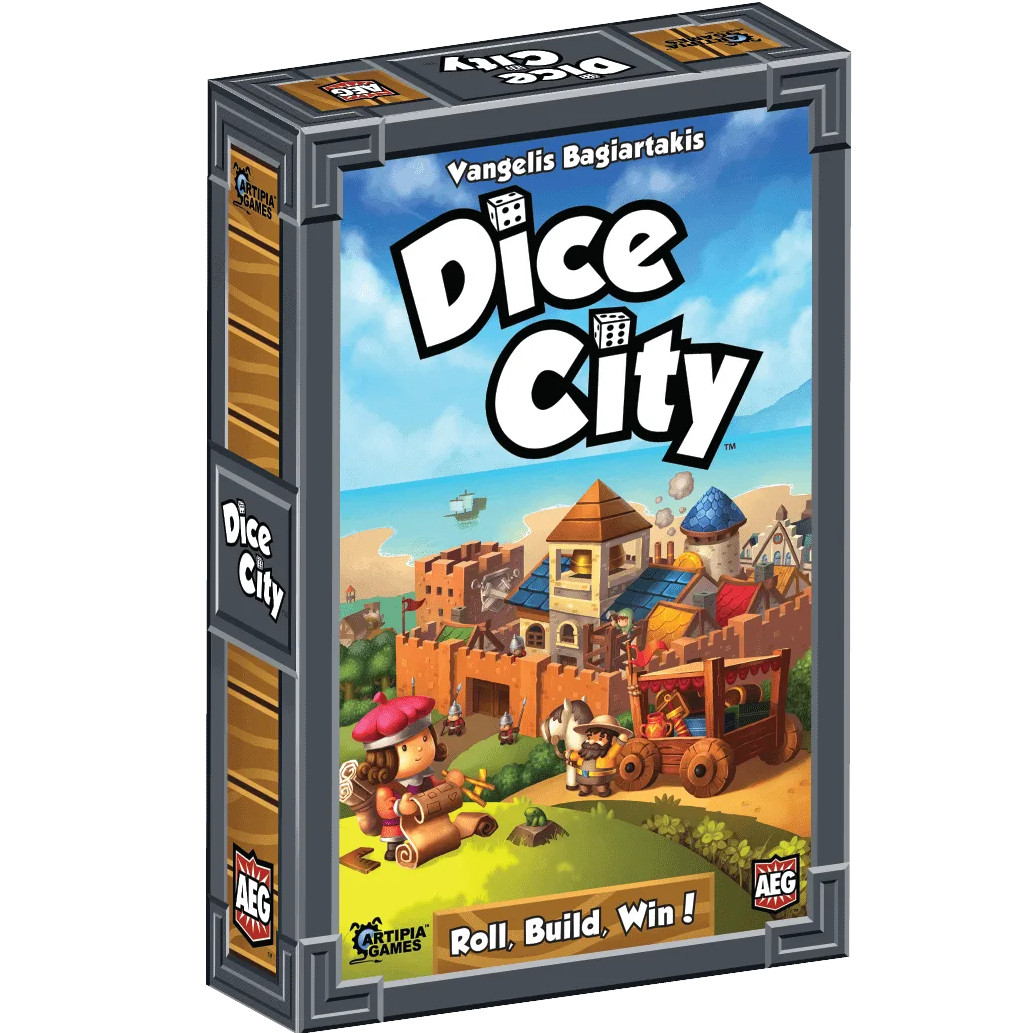 Alderac Entertainment Group
Category: Board Games
Description
Roll! Build! Win! The Kingdom of Rolldovia is in turmoil! Her royal highness, the Queen, has decreed that there will be a new capital – after the old one was sacked by hordes of barbarians and bandits from the south. As leaders of one of the country`s influential noble families, players vie with each other to establish their provincial city as the best home for Rolldovia`s new capital. Dice City is a `dice-crafting` game where the locations in your city act as the changing faces of your dice each turn. Use tactics and strategy to press your claim!