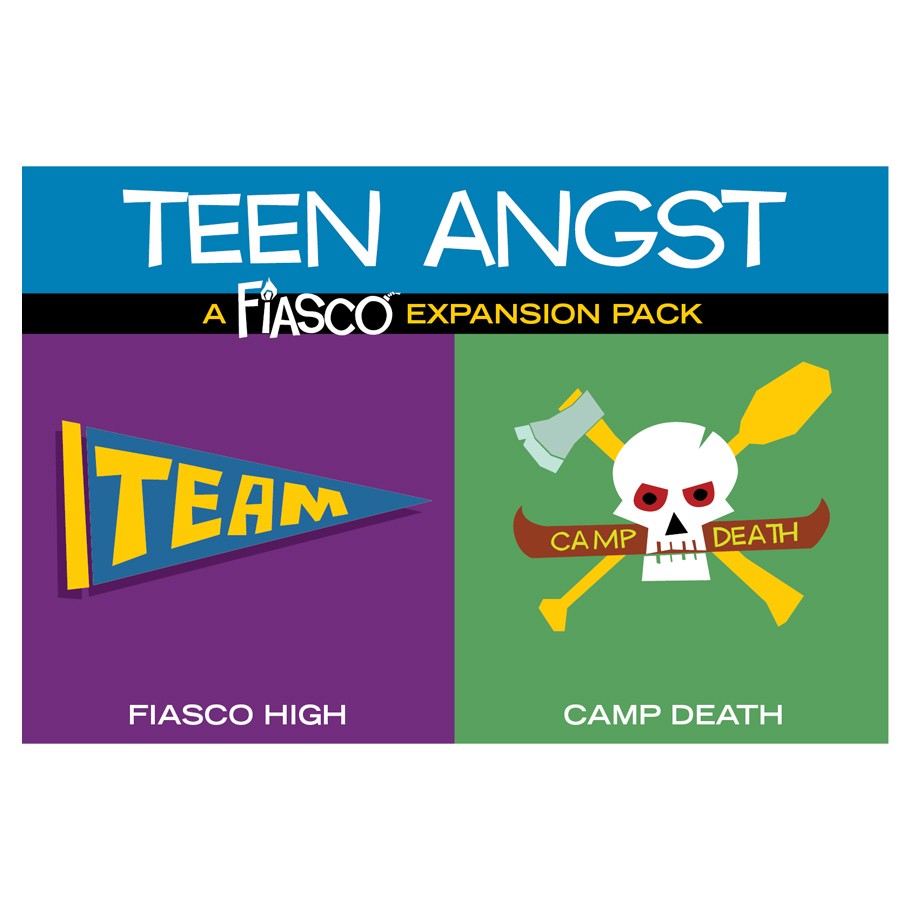 What’s more fun than high school? Many things, including summer camp, but Fiasco High is a special place full of bad decisions and worse athletes, while Camp Death is, well, Camp Death. Not everyone is going to make it home alive from either… This playset includes special rules for Camp Death, including four alternate outcomes that help you identify the killer among you!

Fiasco High
High school, the best years of your life. Four years of learning and growth, gently guided by caring professionals. Or maybe four years of debauchery and mayhem, incoherently guided by your unhinged peers. Will you rise to greatness, or punch greatness right in the dick? Is there any other time in life to which “powerful ambition and poor impulse control” is a more apt summary?

Camp Death
So, here’s the deal. Camp Clearwater’s been abandoned since some grisly, “unsolved” murders 20 years ago. Or whatever. The new owner probably made that up as some creepy story to tell the campers and scare up business. What I know is that we’ve got a couple weeks to get this place set up before any campers arrive, and most of the hard work is already done. We’ve got enough booze, pot, and distance from authority to make this the greatest summer ever. What could go wrong?