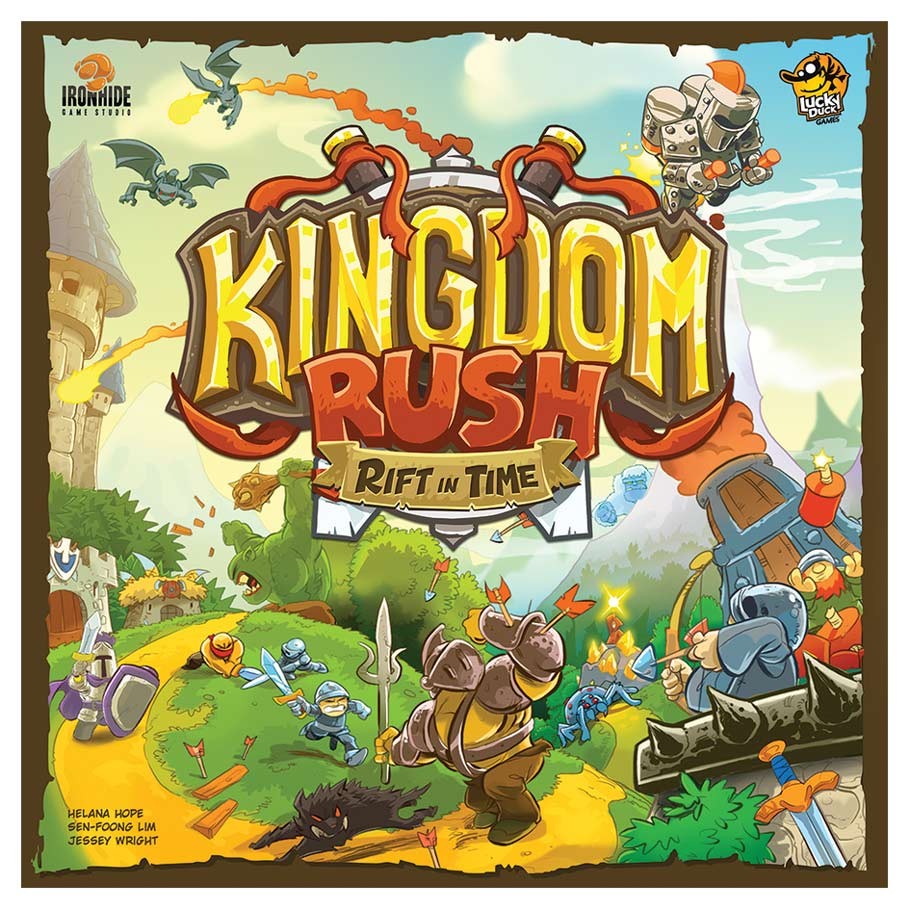 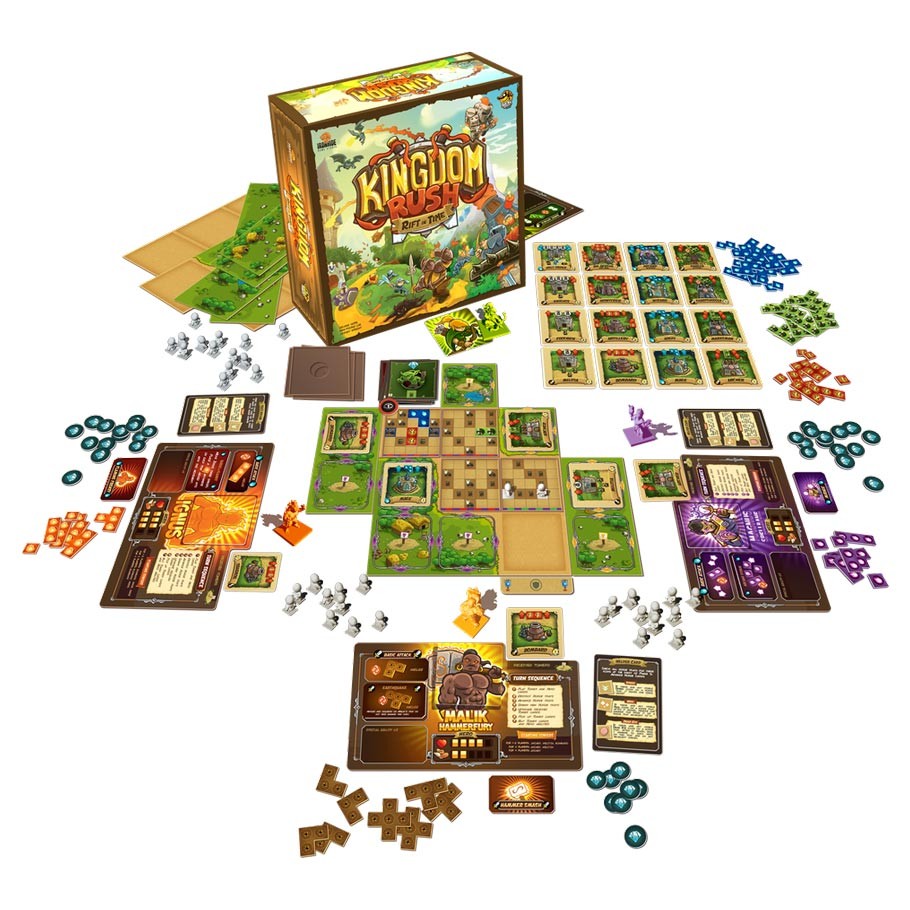 The tabletop adaptation of the famous mobile tower defense game is coming to retail with a base game and two epic expansions!

The game is fully co-operative and offers both individual scenarios, an infinite replay-ability mode, and a unique campaign. In the campaign, each new scenario is more challenging than the one before it, introducing formidable foes, game-changing events, and epic bosses to battle!

The base game contains gorgeous 28mm hero minis alongside giant 50mm and 80mm boss minis! With over 130 polyomino tiles, 44 tower cards, 80 different horde cards, and a plethora of tokens, trays, boards, and markers, this box is bursting with content!

Players command Heroes, which each come with a gorgeous miniature and hero board of variable unique powers. By building or upgrading Towers and placing polyomino pieces and using their Hero to attack enemies, players work together to hold back the ever-advancing horde.