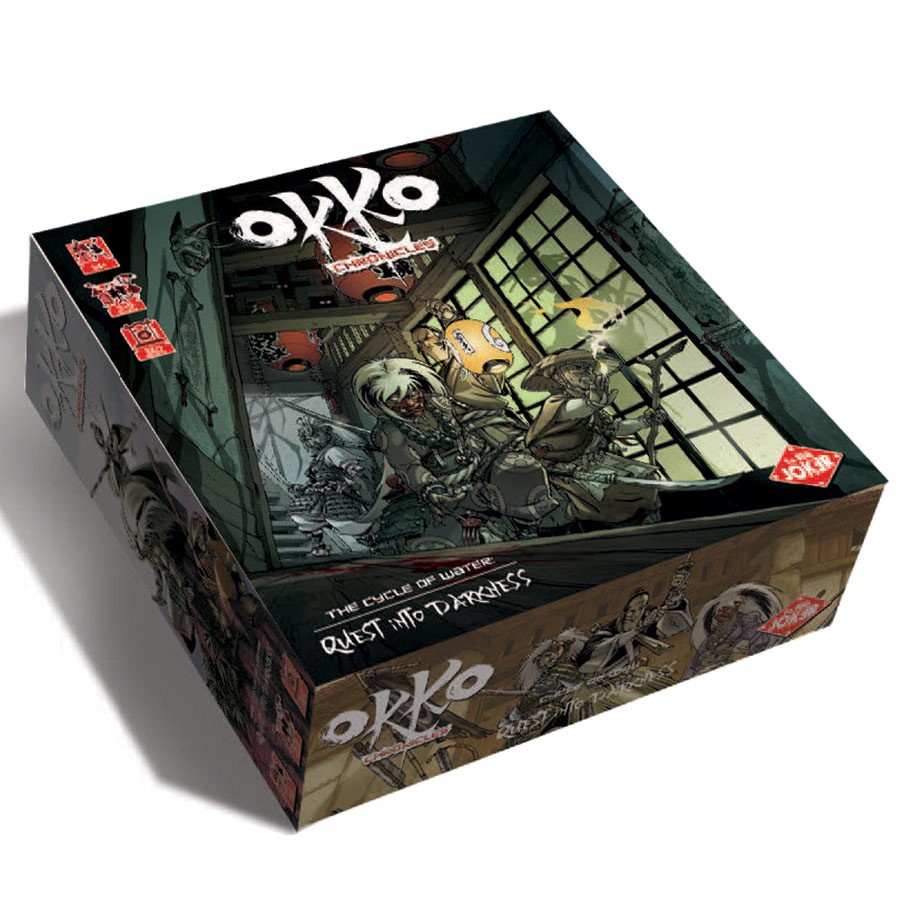 Okko and his fellow adventurers travel through the empire of Pajan, hunting ghosts and otherworldly creatures.

During this journey, they will be called to investigate and search through sinister palaces to expose demons hiding among innocent guests.

The Okko Chronicles game is directly inspired by the set of rules from the Guardians Chronicles board game.

In this game, one of the players plays as an Oni (a démon from medieval Japanese folklore) and will try to prevent the other players from exposing him, as he hides in a palace.

The other players play as Okko and his companions, trying to track down and even eliminate the evil represented by the Oni player, as they move and investigate through the nine reversible tiles that form the palace.

Confronted to the fierce bravery of the heroes, the Oni will command an army of lesser supernatural creatures, and also guards and human soldiers, that will prove to be a very dangerous challenge to the Heroes’ strategy and combined powers.

Okko and his fellow adventurers will have to make clever use of their abilities, to work collaboratively with ingenuity to lead the investigation and get rid of any obstacles and opposition blocking the path to victory.