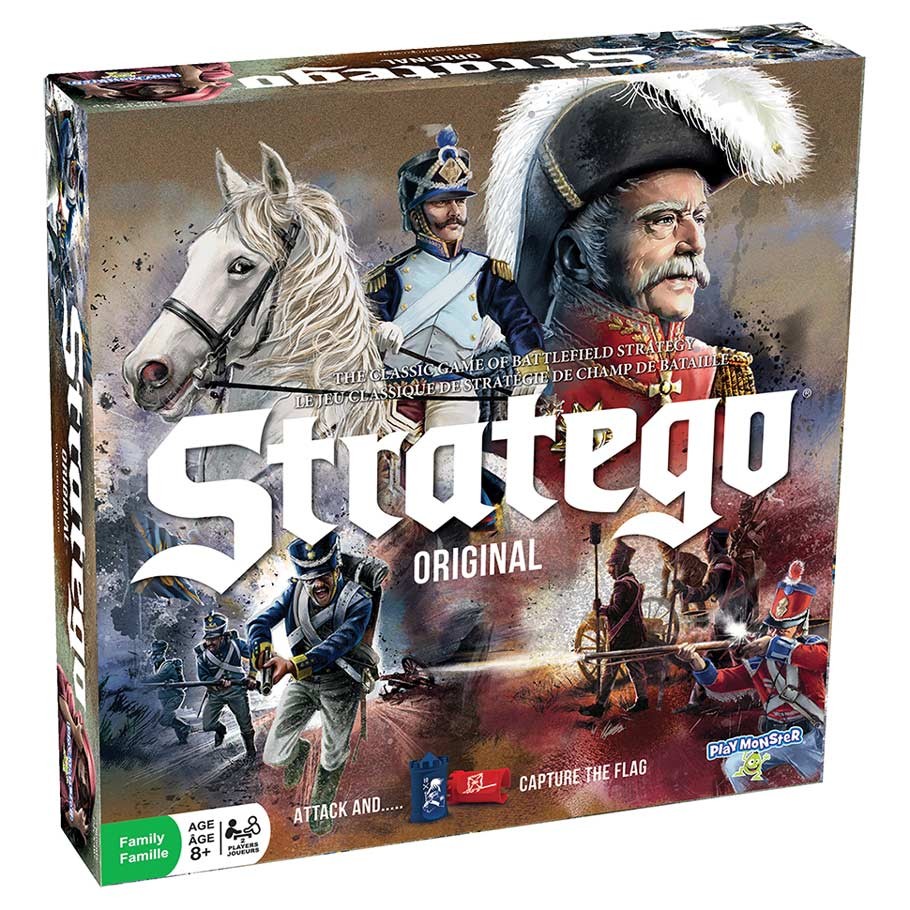 Two armies clash…who will be victorious? Stratego is the classic game of battlefield strategy that has sold over 20 million copies worldwide. For over 50 years, Stratego has thrilled strategy game fans by inspiring them to challenge an opponent and attempt to lead their army to victory. Two players command Napoleonic armies and devise plans to deploy troops, using strategic attacks and clever deception to break through the opponent’s line and capture the flag! No stickers to apply!