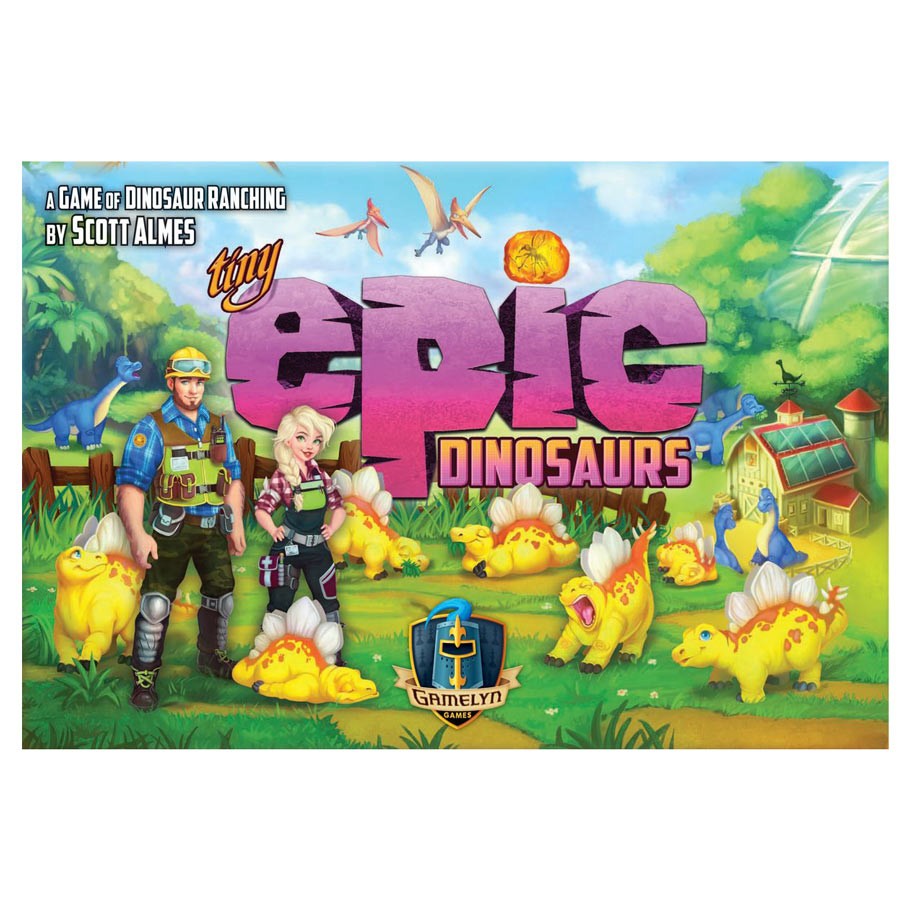 In Tiny Epic Dinosaurs, breakthroughs in modern science have dinosaurs and humans existing side by side. This has allowed for a lucrative industry. Dino Ranching! Independent ranchers have begun farming dinosaurs to sell to the highest bidders for use in their high thrill theme parks. You are one of those ranchers. Do you have what it takes to out ranch your opponents and operate the most successful dinosaur farm!?

Tiny Epic Dinosaurs is a 45 minute, 1-4 player game of dinosaur ranching, worker-placement and resource management. It features classic euro game mechanics with unique twists that portray the dangers of farming these prehistoric beasts.

In Tiny Epic Dinosaurs, players control a team of ranchers and will be acquiring, breeding and selling dinosaurs. The game is played over 6 rounds. With each round consisting of several short phases.