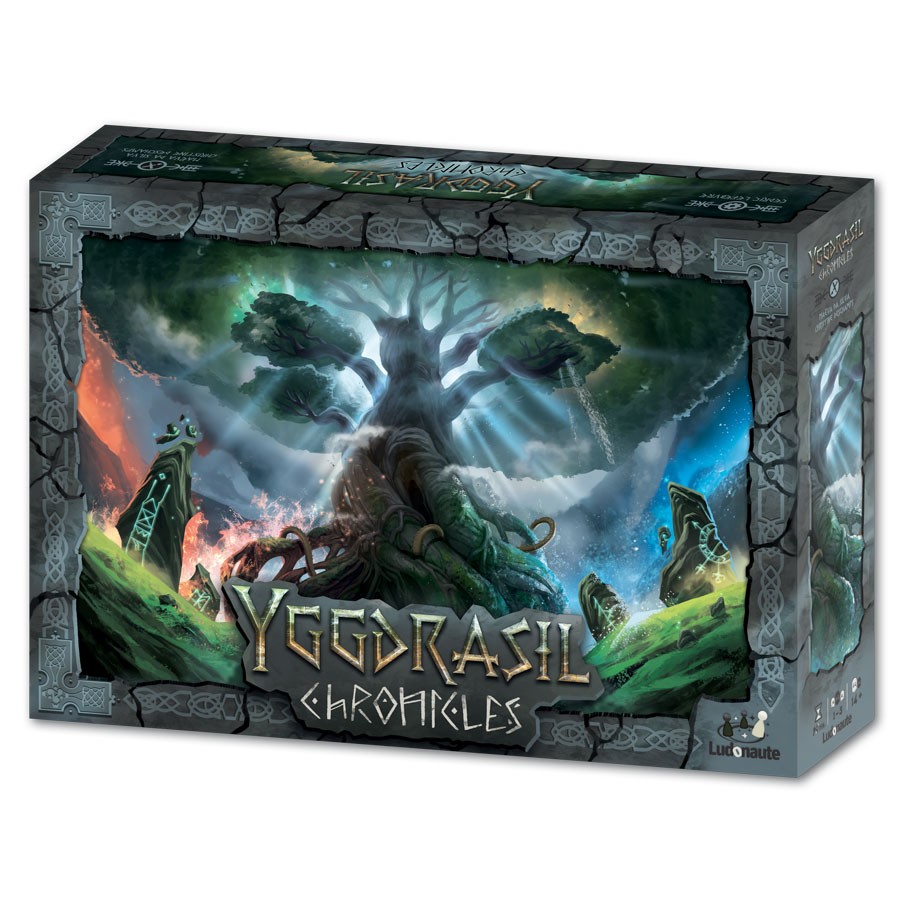 Ragnarok, the end of times has come. One final battle has been predicted since the dawn of time, and it’s now upon us! In Yggdrasil Chronicles, players take on the role of mighty Norse gods working together to protect the cosmic ash tree that supports the nine worlds. Evil forces seek to destroy it, and the powers of the gods are needed to keep it safe.

The action in Yggdrasil Chronicles takes place on the unique 3D tree board. Each of its levels represents three of the nine worlds it supports. Players move around the different levels of the tree, fighting off the advances of legendary enemies like Hel, Loki, and Fenrir. They are always rising Yggdrasil, trying to reach the highest level. If multiple enemies enter one of the worlds, it is devastated. If an enemy activates on the top level of Yggdrasil, the players lose immediately. With customizable difficulty levels and an optional campaign mode, the battle to end times is just getting started!